Throughout the Netherlands, hundreds of bridges will need to be replaced in the coming years – a major task that is also faced in the province of North Holland. From 2020, the province wants to tender all works circularly. Copper8 is supervising the tendering process for the first pilot project: the renewal of the Cruquius Bridge on the border between Haarlemmermeer and Heemstede. Working with Witteveen+Bos, who are contributing their technical expertise, and the province, we speak to the interested market parties and supervise the tender. In the spring of 2021, the parties awarded through the tender started working in collaboration with the province on the design of the bridge, which will be completed in 2023.

The Cruquius Bridge dates back to 1932, and it is due to be replaced. A second part of the bridge, which was built in 1971, requires major maintenance in order to last another 30 years. The busy provincial road N201 between Heemstede and Hoofddorp runs over the bridges. This is a project involving many stakeholders, whose interests must be reflected as much as possible in the end result. The province of North Holland has high ambitions for the new Cruquius Bridge, which will be built energy-neutral, circular and as low-maintenance as possible.

Guide us in the preparation and tendering of the Cruquius Bridge on the basis of a competitive dialogue. During the entire process, keep us focused on achieving the highest circular ambitions.

The province of North Holland wants to get started with circular procurement but has yet to gain experience in this area. This tender must show the way in which circular principles can be reflected in a tender. In addition to the circular ambition, the bridge must also be energy-neutral and low-maintenance. The scope of the request covers the design, construction and maintenance of the bridge, and a new standard for industrial, flexible and demountable (IFD) construction – the NTA 8086 – must be used. A fixed budget is provided for the tendering parties. Another first for the sector is the construction team agreement that is followed by a realization agreement under the UAV-GC. High ambitions, then, in a market where margins are modest.

We started with an internal ambition session to identify the focus areas of the circularity. We drew up an ambition document following the session and then discussed it in a market consultation. Due to the complexity of the assignment, we chose to use a competitive dialogue procedure. The contract was to be awarded on the basis of an assessment framework that included the degree of circularity of the offer (20%), the energy-neutral ambition (20%) and the low-maintenance ambition (15%). The target budget was communicated, and direct competition for this did not play a part in the tender.

The province selected a combination of contractors for the design and construction: Van Hattum en Blankevoort and Hollandia Infra. The province and the contractors are working as a construction team to complete the design. The bridge replacement will begin in early 2022 and the project is expected to be completed and delivered in 2023. 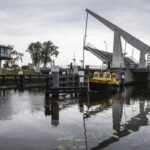 Cruquius Bridge: a blueprint for the bridge of the future? 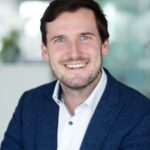 Sybren Bosch Senior consultant
“Copper8 has supported the province of North Holland in the preparation and tendering of the challenging sustainable project Cruquius Bridge (N201) on the border between the municipalities of Haarlemmermeer and Heemstede. Thanks to Copper8’s expertise and enthusiasm, we have been able to translate circular policy objectives into concrete award criteria for the tender, on which market parties have been able to base their applications.” Petra Muskens Bols Contract Manager Cruquius Bridge